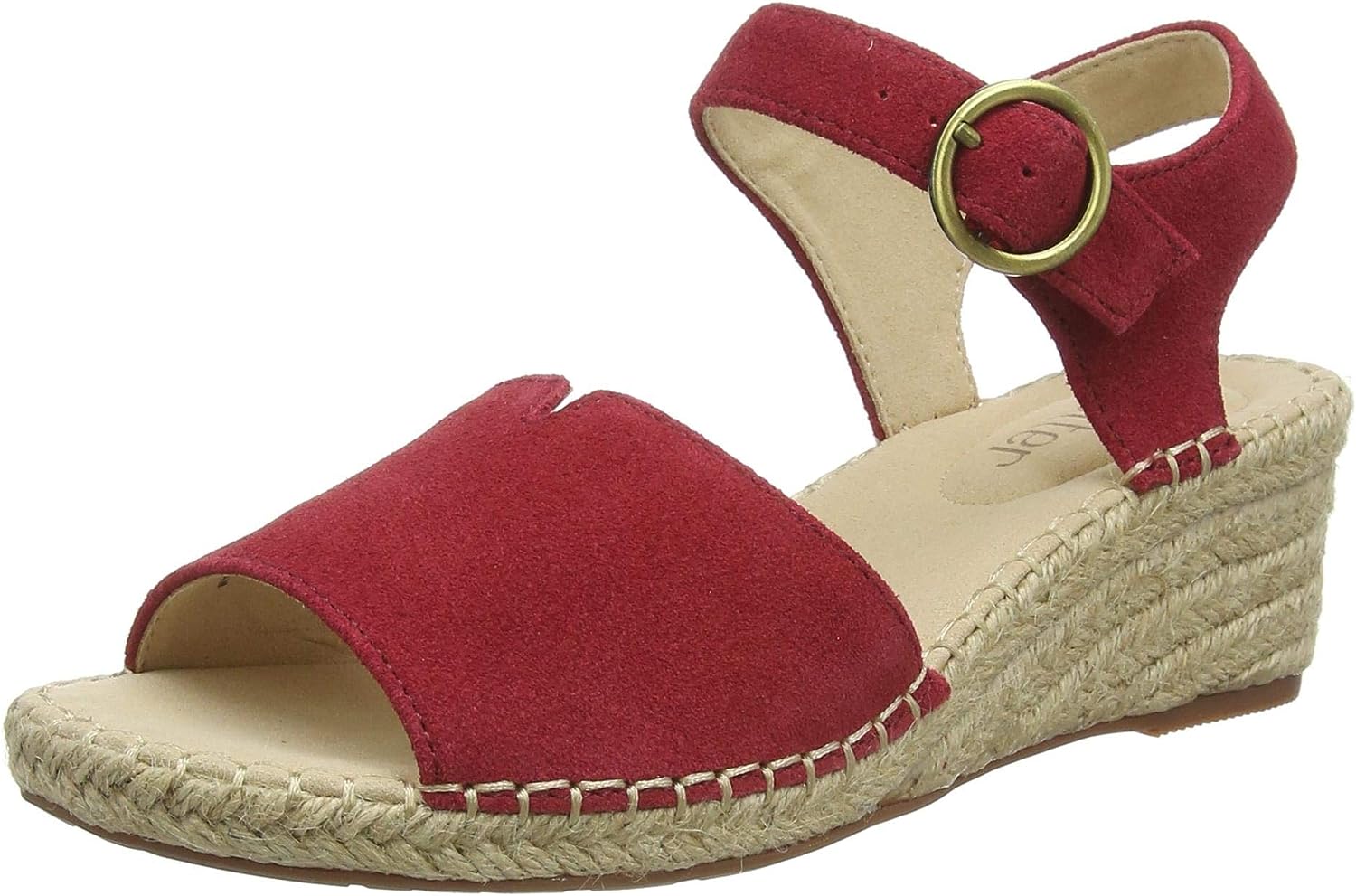 Pick Fiji for sunny days. Straps made of the softest suede, sitting on a jute-covered wedge and our Hotter Freesole, this sandal will have you strutting in sheer comfort.