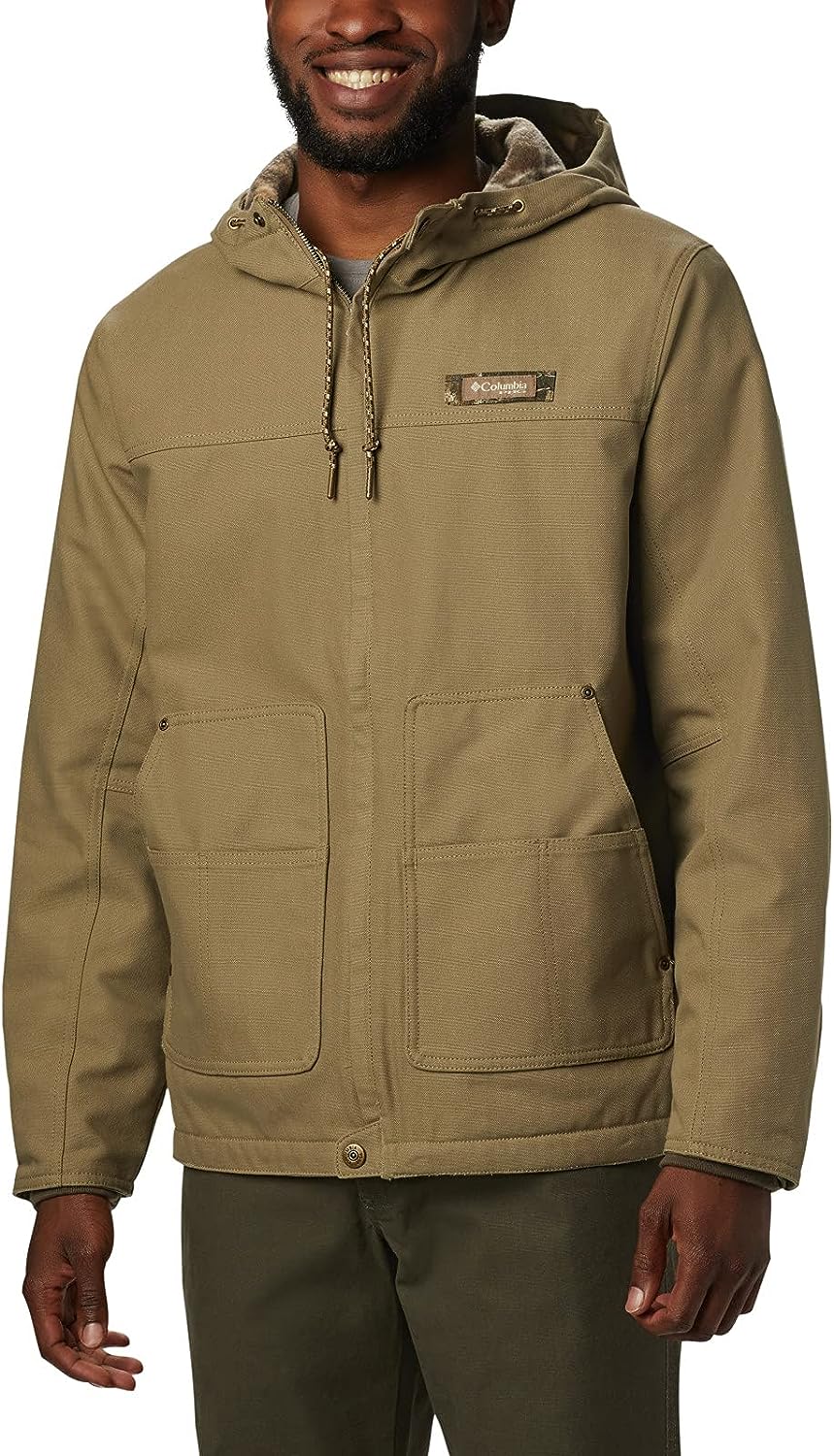 A durable jacket made from ultra-comfortable 100% cotton, with an adjustable hood for coverage when you need it, multiple storage pockets and a convenient utility loop.