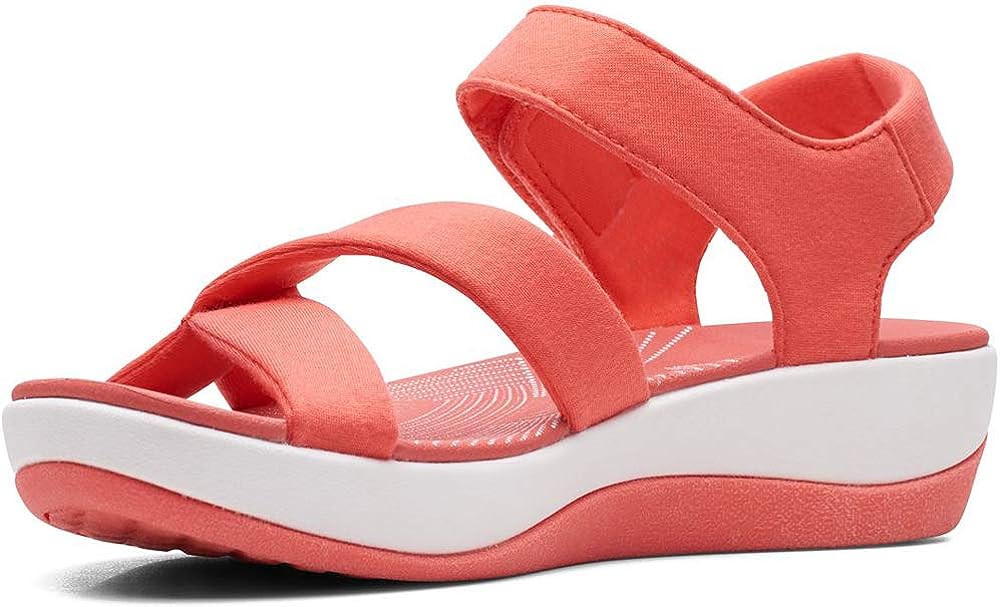 The Arla Gracie by Clarks Cloudsteppers is a sport-inspired, strappy women’s sandal in breezy colorful fabrics. Designed with you in mind, this sandal features Cushion Soft technology for unbelievable comfort. The sling-back hook and loop fastening makes it adjustable while providing a secure fit. The EVA midsole makes the sandal ultra-lightweight making it great for walking by the beach or touring a new city.